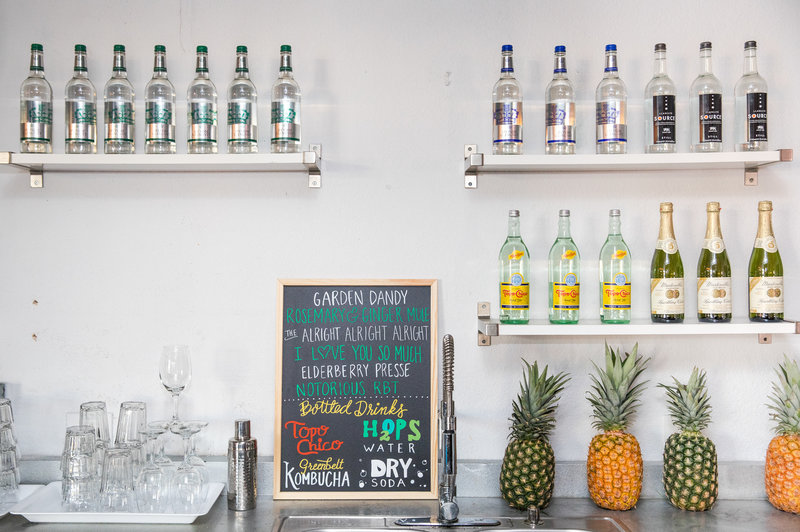 Click the image to read more about the increasing popularity of sober bars and mocktails as an alternative to drinking alcohol! 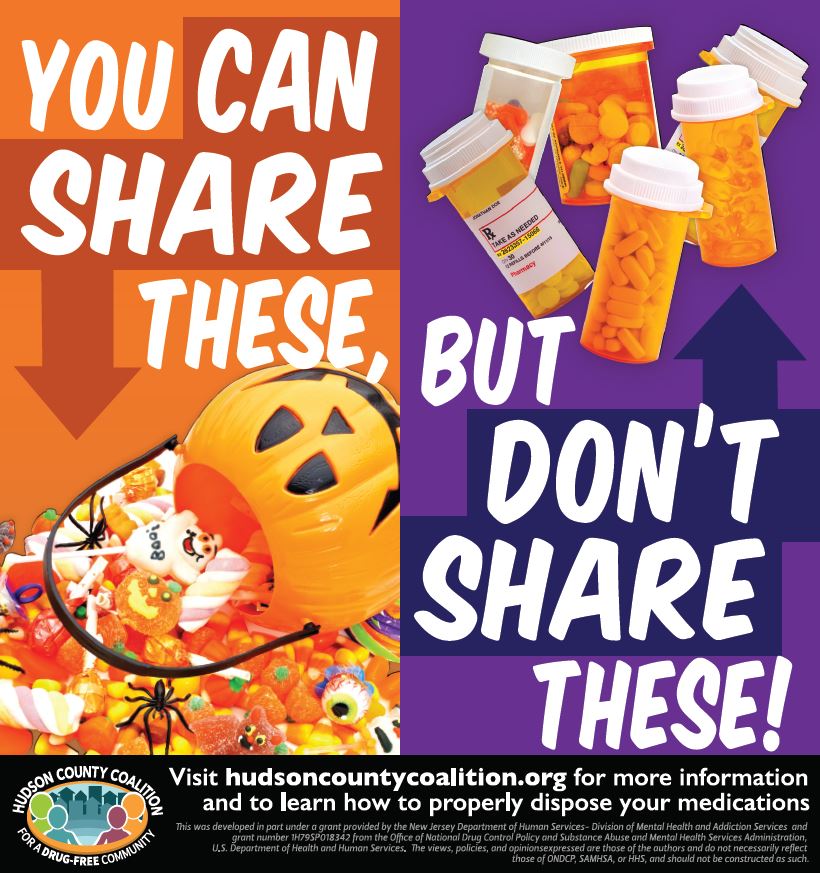 The Hudson County Coalition was one of only three in the country to receive the mentoring grant! Awards will help communities fight scourge of substance use among children PATERSON, NJ – Today, U.S. Representative Bill Pascrell, Jr. (D-NJ-09) celebrated the announcement by the Office of National Drug Control Policy that it was awarding four grants totaling $450,000 to coalitions in Secaucus, Tenafly, and Hudson County dedicated to keeping children away from harmful substances. “Keeping our children off drugs and alcohol takes the work of family and community together. These coalitions are at the frontlines of the fight, and awards like...Read More
Brenner Foundation will be holding its inaugural Veteran Services Gala at The Venetian in Garfield, NJ on Thursday, October 18th. Proceeds from the Veteran Services Gala will support a partnership with two powerhouse organizations that are well known in the community for their work with veterans. The Bergen County Division of Veteran Services and the Catholic Charities SOS Stakeholders Group will work in association with Brenner Foundation to install diaper banks in New Jersey, which will provide access to clean, dry diapers to struggling veteran families in need. The honoree at the Gala this year is Ariel “AJ” Luna who...Read More 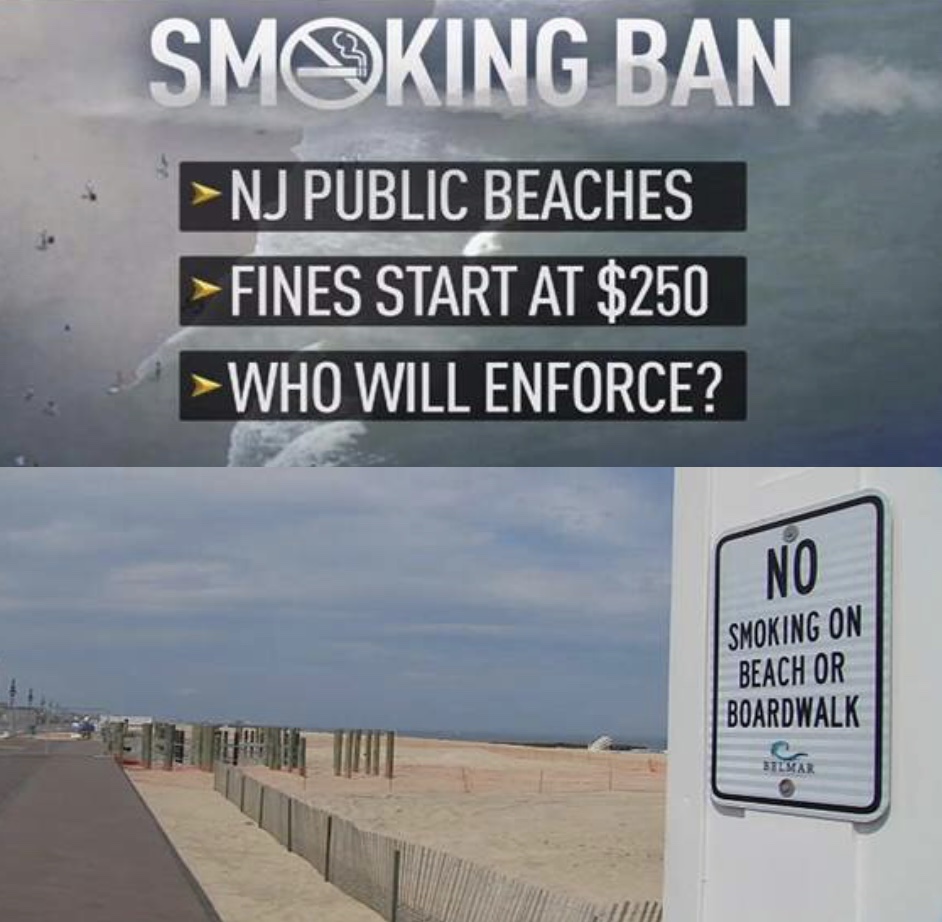 On Friday, July 20th, Governor Phil Murphy signed a bill into law that officially bans smoking at most of New Jersey public beaches and parks at the state, county, and municipal levels.  The bill S-2534 which will go into effect in 180 days (January 2019), passed the Senate, 32-1, and the Assembly by 66-1 with two abstentions, expands the “New Jersey Smoke-Free Air Act of 2006” which bans smoking in indoor public settings.  Sponsors of the bill include Senate President Steve Sweeney, Senators Vin Gopal and Bob Smith and Assembly members Vincent Mazzeo, Clinton Calabrese, Valerie Vainieri Huttle and Paul...Read More
WASHINGTON, DC – U.S. Representative Bill Pascrell, Jr. (D-NJ-09) announced today that the U.S. Department of Health and Human Services (HHS) has awarded $50,000 to the National Council on Alcoholism and Drug Dependence (NCADD) of Hudson County to assist the organization in combatting youth substance abuse. The grant was made available through the Community-Based Coalition Enhancement Grants to Address Local Drug Crisis Program. “The opioid epidemic has been a plague on families and communities throughout our country," said Rep. Pascrell. "We must do everything we can on the federal level to secure the resources necessary to combat this problem head-on. This grant...Read More 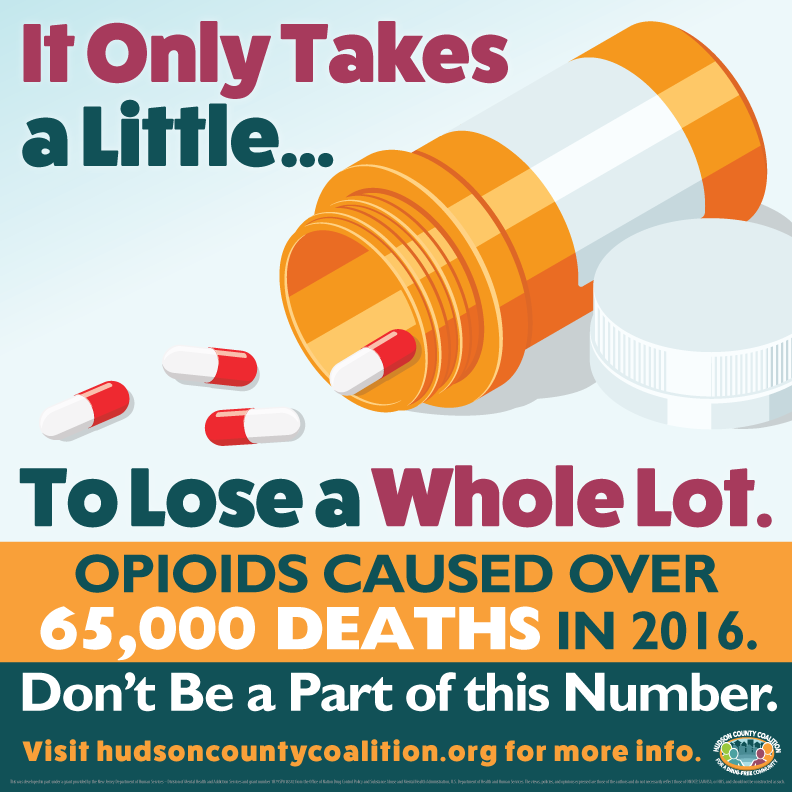 Click on the image below to find out more about opioids and the negative impact it has made on the lives of people in the United States.  Follow us on social media to keep up to date with information, resources, and upcoming events!
Join us for a night of discussion about topics centered around substance prevention!  Hudson County Coalition will be hosting a Hidden in Plain Sight and Professional Panel Discussion during National Prevention week, moderated by Assemblywoman Angela McKnight!  The event will be held at the Bayonne Library (see below for directions). Come experience a "Hidden in Plain Sight" presentation for the first time in Hudson County.  This presentation guides you through a mock teenager's bedroom to explain various substance use trends, signs, symptoms, and lingo in an effort to bring awareness and local resource options. Following the presentation, there will be...Read More 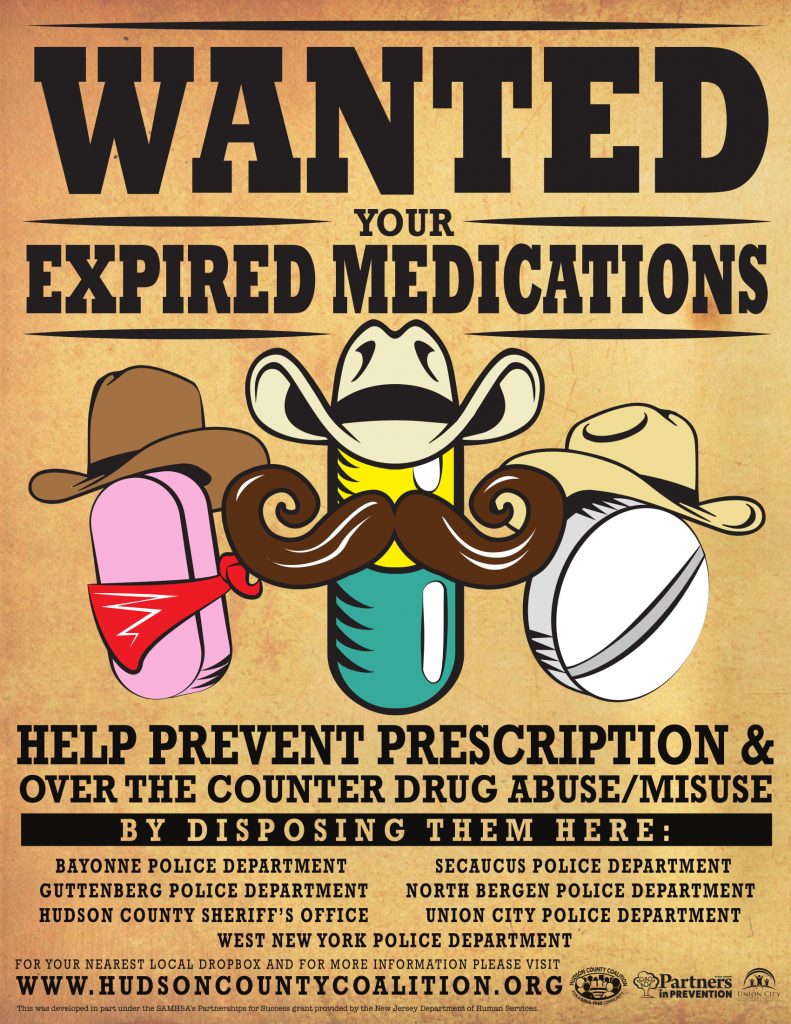 This Saturday, April 28th, is nationally recognized as DEA's Take Back Day.  Pharmacies, police departments, amongst other locations across the country participate in the collection of unwanted medications.  This effort is to help reduce substance misuse.   In case you are unable to participate this Saturday, the following locations have permanent drop boxes that are accessible 24 hours. Contact us to learn more and/or discuss the possibility of bringing one to your department!  If you are looking for a location elsewhere in New Jersey, click here.